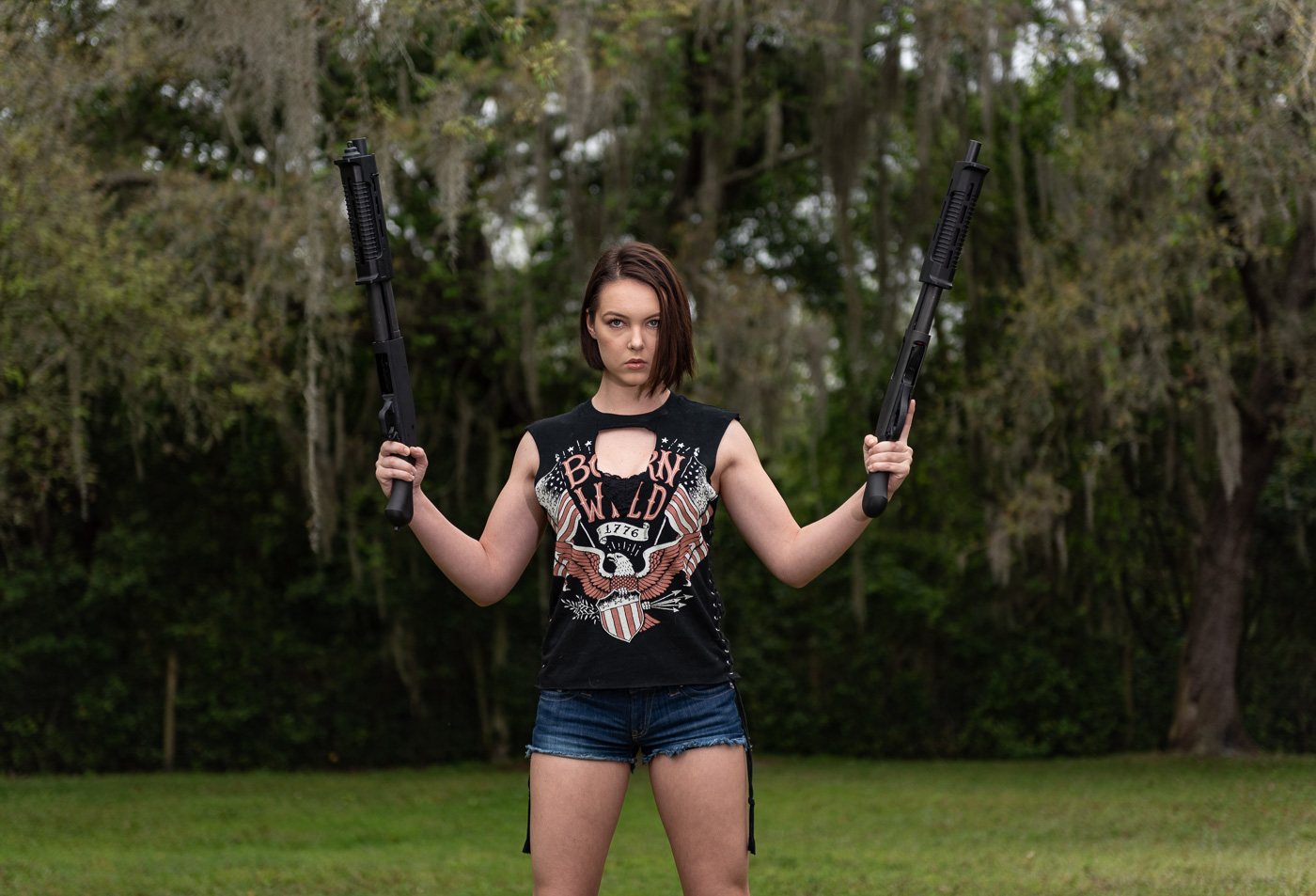 Sometimes you’re looking for it to fill a specific role: concealed carry, “truck gun,” home defense, hunting, competition, or simple target practice. And sometimes, something behind the counter just catches your eye — and you have to have it.

Shotguns in particular tend to span those categories — other than concealed carry, of course. When it comes to shotguns, there are a few different basic types: break-action, lever-action, pump-action, and semi-auto. And each has its unique purposes and followers.

These shotguns feature a receiver comprising two main parts, which are hinged together. As the name would imply, these shotguns “break” open to allow loading and unloading of shells. Break-action shotguns are most often seen used in competition and hunting. And while they can be pressed into other roles, other shotgun types are probably much better suited in those cases.

With very few exceptions, you don’t see as many new lever-action shotguns these And that’s a bit of a shame. Lever-action shotguns, like lever-action rifles, load through use of a firing-hand-actuated lever that swings down from underneath the receiver and then back up. With practice, they can be cycled quite quickly. And they easily fill a number of our identified roles.

A pump-action shotgun (or slide-action shotgun) is exactly what it sounds like: The shooter must manually pump or slide the firearm’s forend back and forth to load and unload shells. Click, clack, aim, fire.

Instead of manually inserting and extracting rounds in a break-action shotgun — or using a lever or pump to accomplish the same — semi-auto shotguns automatically eject a spent shell and load a new one each time you fire the gun (as long as your magazine has rounds). They accomplish this action through an inertia or gas-operated recoil system.

Inertia-based systems harness the recoil energy from a fired shell to cycle the firearm’s bolt from its closed position rearward to its open position. A recoil spring pushes the bolt forward after it reaches its most rearward position, picking up a shell and loading it into the chamber for the next shot.

Gas-operated recoil systems also harness the energy from a fired shell. But instead of relying solely on the recoil energy of a fired shell, they make use of the expanding gases from the burnt gunpowder. One or more small vent holes at the base of the barrel are “plumbed” into the action. Upon firing, the expanding gas causes the bolt to cycle, unloading the spent shell and loading a new one into the chamber.

When choosing among the various shotgun action types, the most important thing you need to consider is finding a firearm that best fits your needs. Then learn how it operates. And practice with it regularly so you’re prepared for whatever situation you might face that requires the use of a firearm.

It’s also important to know your state’s gun laws so you can avoid legal concerns.

Generally, break-op, lever-action, and pump-action shotguns are immune to so-called “assault-weapon laws.” Some states consider many semi-automatic shotguns “assault weapons.” And still other states don’t allow them for hunting.

You might also want to consider these 5 Questions to Ask Before Buying a Gun and What is a Non-NFA Firearm for more information.

Now let’s talk a little more about some of the various uses we’ve identified for these shotgun types.

In general, shotguns are a commonly used firearm for home protection.

As we mentioned earlier, any type of shotgun can be pressed into home defense duty. But let’s be honest, there’s nothing more intimidating than the sound of racking a shotgun. That pump-action sound can, in some cases, be enough to scare off an intruder before you have to take any further action.

Mossberg and Remington are among the most popular pump shotguns used for home defense. You can also check out these Top 5 Firearm Accessories for Home Defense.

A semi-automatic gives you faster trigger action, but when your adrenaline is pumping during a moment of defense, you may be more likely to go through all your rounds quickly. Training and practice are vital with any home defense firearm. Especially with a semi-auto.

While not technically a shotgun, a great semi-auto choice for home defense is the Remington V3 Tac 13, which is made with the Shockwave Raptor Grip.

We’ve talked a lot about high-stress situations you could find yourself in. But let’s not forget that shooting firearms can be a lot of fun.

For those who enjoy skeet or clay target shooting — whether just for target practice or for competition — any of the shotgun types we listed at the beginning of this article can be used. However, many competitions prescribe which type and number of shells can be used.

But if we’re talking strictly recreational shooting, lever- and pump-action shotgun are good for shooting single targets. However they can be slower and more distracting when you’re trying to shoot multiple targets moving across the open sky.

If you plan to shoot clay pigeons for longer periods of time, a semi-automatic may be a good fit. Its lower recoil won’t wear out your shoulder as quickly. But semi-autos do tend to be heavier firearms.

While many would consider hunting to be a fun activity, we’ve given it its own section here.

Again, any of the described shotgun types can be pressed into hunting duty. The choice is largely up to you. Certain state and local laws will likely specify type, gauge, and number of shells for taking various game.

The semi-automatic shotgun may be preferred (when legal to use) thanks to the capability of fast follow-up shots and lower recoil.

However, lever- and pump-action shotguns may be preferred when shooting in harsh conditions (higher altitudes, cold or hot temperatures, etc.). They’re also known to be less sensitive to load variability and ammo condition.

Finally, there’s little that’s more traditional when it comes to hunting than walking across a dewy morning field searching for upland game birds with an over-under 28-gauge broken open in the crook of your arm.