I remember putting my name on “the list” and getting the original pamphlet in the mail—sometime in 1998. In July 2002, I sent Geoff $1,000 as a deposit on a Shrike for the purchase price of $2,495. After 8 years, I asked for my money back. Just couldn’t stomach the broken promises and lack of communication from Ares Defense any longer. Got the deposit back promptly, and used it to purchase an FN PS90, which I SBR’d shortly thereafter. A pretty cool little weapon IMHO.

Anyway, I thought that was the end of the story. But no, approximately two weeks ago, I get an email from Ares saying that they want to offer me a Shrike at my original purchase price. Really?!?! I called and talked with a very nice woman there in sales at Ares, Tracey. She is a class act—and Geoff would be smart to keep her on the team. She was highly personable, intelligent, and knowledgeable. She immediately put me as ease. I figured, “What the hell.” I gave her my credit card info. And just 7 business days later, I had my very own Shrike in my hands. A saga that began some 14 years ago had finally come to fruition. I almost cried. 😉 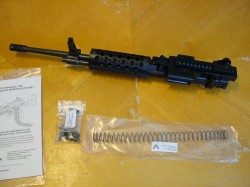 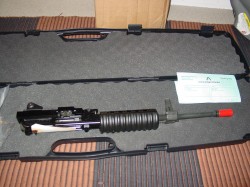 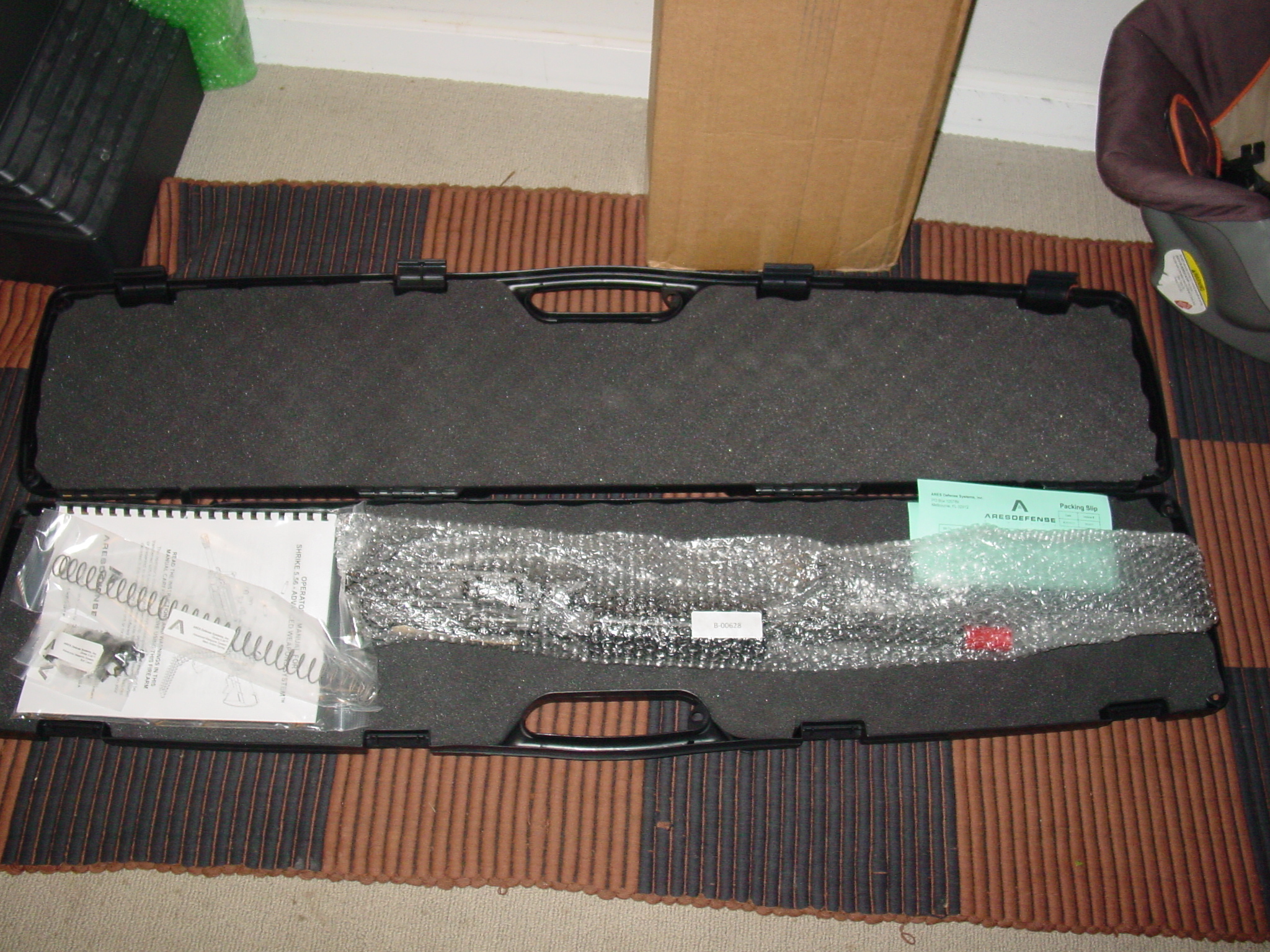 Anyway, enough background info. Here’s a pic of the complete setup on my AFM lower. (If you haven’t heard of AFM, you should look into them. I have many AR-15s—Colts, Bushmasters, etc. The quality of the AFM lower blows them all away. No pun intended.) 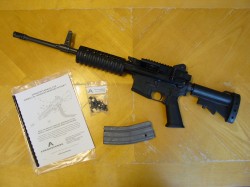 I added the front and rear sights to the package. (They should’ve been free, as that was the original deal. But I couldn’t argue. I had received my deposit back a couple of years ago. So add $275 to the total.)

Let me tell you, the Shrike exudes quality. I don’t believe many corners were cut. Though I have heard stories of aluminum feed trays wearing prematurely and aluminum receivers getting dinged up when feeding rounds from belts. I guess we’ll see.

As she sits in the pics, she weighs exactly 9 lbs. 1 oz. Not too bad for a belt-fed weapon. Now all it needs is some accessories that make it look a bit more like an M249. What can I say? The M249 design is just badass!